The problem is there are a lot of manifestation techniques out there and since I spend a lot (some would say too much) time talking about manifestation I see people make the same mistakes time and time again.

In fact, most people don’t get results with manifestation and it’s because they’re falling into the same pitfalls again and again.

One of the biggest? Swapping between techniques to each new shiny one they see on social media. This just doesn’t work. Our goal is to rewire the subconscious mind and align the universe with our intentions and, to do that, my first bit of advice is always this:

Pick one technique and stick to it until you see results.

I’m going to run over some of the most popular manifestation techniques (including a breakdown guide for each one) and then, most importantly, show you how to pick the right one for you.

I want you to see real results from your manifestation process. I’ve already posted my story (on the about page) but this is so important to me because I’ve seen just how much good it can do. Bear with me here because one of these techniques could completely shift your reality.

Note: Just because a technique is popular doesn’t mean it’s the one for you. In my experience (and I speak to a lot of people about it) most people who practice manifestation make the same mistakes and quit long before they see results.

I don’t say this to be mean, I just want manifestation to actually work for you.

You might have seen some of these techniques before but don’t discount the lesser-known ones. 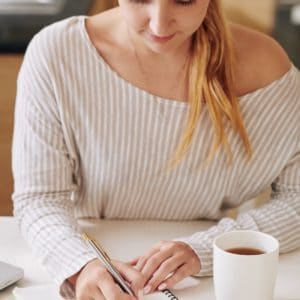 I probably have to start with the 55×5 technique because it always does the rounds on social media and it’s one of the more common ones.

I do like this method but it’s also maybe not the one I would suggest for beginners unless you know you’re able to hold your attention onto something for a long time.

The (basic) idea is you write an affirmation down 55 times for 5 days in a row. That sounds simple but before you go running off writing about winning lottery tickets there are some pitfalls with this method.

Manifestation is not about how many times we write things down. It’s about how we mindfully rewire our subconscious mind and make it clear to the universe what our goal currently is.

The 55×5 method can certainly do this. I’ve practiced it myself and I’ve seen others use it with great success.

But there’s a problem with this technique.

It’s incredibly easy to not be mindful about what you’re doing. The 55×5 requires a lot of attention and mindfulness practice to be that consistent and that’s the reason you’ll not see a lot of success stories with it.

I have covered it in more detail here and I do like it. Just not for beginners unless you’re comfortable with mindfulness already. While the idea is simple, I’d consider it a fairly advanced manifestation technique. That doesn’t mean you shouldn’t use it, just don’t be fooled by the simplicity of the concept. 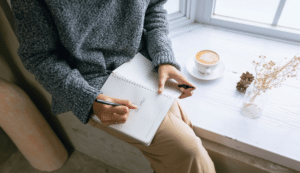 Easily one of my favorite methods.

My scripting manifestation guide is one of our most popular posts and I’m such a fan of this method. I’ve used every method on this list but I almost always come back to this one when I’m aiming for something new.

Scripting can be used by itself or combined into any other technique that requires affirmations (such as the 55×5). It’s a twist on the original idea of affirmations and instead of something as simple as repeating:

I want love in my life.

(As you would for a traditional affirmation).

We instead infuse the affirmation with an emotional connection:

I’ll feel safe and content when I have true love in my life.

I feel so safe and content now that I’ve met my true love.

Scripting manifestation seems simple but it’s such an incredibly powerful technique that can be applied to any aspect of life and (I think) is highly suitable for beginners. Again, I would suggest reading the complete guide as I’ll cover some of the nitty-gritty but if you’re already using an affirmation writing session in your practice, this seemingly small tweak could make all the difference. 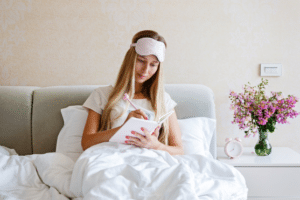 The pillow method is very beginner-friendly.

I’ve used the pillow technique myself and it’s often one of the ones I suggest to beginners because it doesn’t require any practice with meditation or manifestation. All you need is a scrap of paper, a pen and a comfy pillow.

It’s a simple process of writing down your affirmation (or manifestation script from the technique above) and placing it under your pillow.

Well, mostly. I have a full guide on the pillow method here but it’s certainly one of the easiest methods to get started with and often my first suggestion if you don’t know where to start.

The 369 manifestation method has been around for a while but really came into popularity with TikTok.

Fairly similar to the 55×5 technique, it combines the importance of numbers with the power of affirmations (or scripting).

It stems back to Nikola Tesla who placed a lot of importance on certain numbers like 3, 6 and 9 so the technique itself relies on these numbers.

Each morning you write your affirmation 3 times, in the afternoon you write it 6 times and then before bed (you guessed it) you write it again 9 times. Tesla also believed in focusing on your goal for exactly 17 seconds before falling asleep, again he placed a lot of importance on these specific numbers.

This isn’t one of my favorite manifestation strategies but there are people who get good results with it. I’d suggest it if you have a strong belief in numerology or angel numbers. 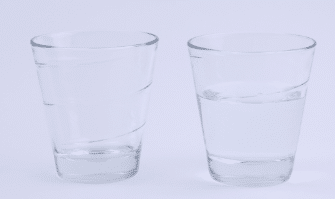 The two cup manifestation method is another technique that did the rounds on social media because it’s easy to illustrate.

This one is a little different as it’s more geared towards reality shifting or quantum jumping. The end result is always the same so I wouldn’t get too bogged down in the details though.

The two cup technique has a few more steps than the previous ones so I won’t get too in-depth here but I have covered how to do the two cup method here.

The technique uses the idea of the many-worlds theory. Each choice or decision leads us into a reality where we made that decision and there’s an infinite number of realities. There’s a reality where you’re rich, famous or with your soulmate.

The two-cup technique is about shifting to that reality using one cup to symbolize your current reality and another to symbolize the reality you want to shift to.

This is not about shifting to a reality where you’re the next Bill Gates. It’s about making slight shifts away from where you are towards where you want to be. You’re not going to find yourself in a reality where everyone walks around on their hands or dogs talk.

But you might find yourself in a reality where you’re a step towards your goal.

These techniques are technically manifestation strategies to themselves however I (personally) don’t like using them by themselves. I like to combine them with one of the more active techniques from the list above. 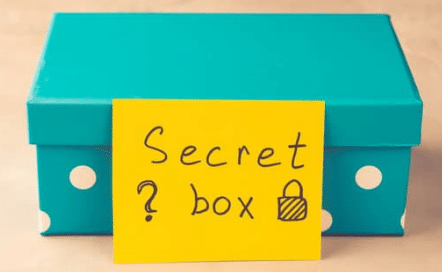 Anyone practicing manifestation should use this.

A manifestation box is one of the more passive techniques you can use to empower your practice. It’s a way to keep your subconscious mind focused on your goals without having to intentionally practice every single moment.

Basically, it involves putting your scripting papers or written affirmations into a specific box. That doesn’t mean just throwing them in the cupboard, your pocket or a box you use to store your pens. It’s a box meant just for your affirmations.

This way, even when you’re not consciously aware of it, your subconscious is constantly reminded of your goal every time you are near it.

I almost always suggest doing this. It’s incredibly easy, doesn’t need anything special and is a great way to power up the practice you’re already doing no matter what technique it is.

If you need it, I have a guide on setting up a manifestation box.

Also called a ‘dream board’ this in itself is a minor form of manifestation but is best used in combination with the others.

It’s incredibly similar to the manifestation box, but rather than putting affirmations into a box you’re creating a board with your goals more readily available. Personally, I would suggest choosing this or the box so you’re not having to constantly update both but I would do at least one of them.

I’ve covered manifestation boards here if you would rather use this than a box.

Honestly, this can be a powerful manifestation technique in itself but is often overlooked.

Even if things aren’t going well we have terms like counting your blessings that stem back into history for good reason. Focusing on positive emotion can lead us into a gratitude loop and taking actionable steps towards having more things to be grateful for.

Considering I talk about meditation a lot (and write a lot of guided meditations) it shouldn’t be a surprise that I’m a believer in bringing your meditation practice to bear on your manifestation sessions.

This is definitely a technique that requires time and effort. Nobody is able to effectively meditate to begin with it’s something you continually work at and improve but it’s also something that brings a lot of good to many aspects of your life.

Where it really works with manifestation is it improves our mindfulness. The real power of any technique is aligning our subconscious beliefs with our goals and therefore changing our actions. Meditation gives us an easier pathway to the subconscious.

It’s not something you’re going to be able to do properly overnight but this is one I think everyone should do. You can start practicing now in combination with any of the techniques above or even by itself if you wanted to.

I have a complete guide on manifestation meditation but just be prepared, I’m a huge fan of this but it’s a long-term undertaking and takes constant practice.

How to Choose a Manifestation Technique

Which manifestation exercises should I be doing?

There is no answer to this. Successful manifestation is not a simple process (although I do have a step-by-step workbook in order to make it as easy as possible) and it requires a unique approach to manifestation for each person.

What works well for me, might not work well for you. So my advice is always this:

Being patient isn’t easy. Especially when we’re dealing with powerful intentions that you have an emotional connection to. Being impatient will only hold you back from bringing your dreams to reality.