If you are being plagued by nightmares and bad dreams then using some crystals for nightmares can free you from this trap and give you a good night’s sleep. So what crystals should you use and (just as importantly) how should you use them?

For crystals against nightmares, I would suggest Rose Quartz, Lapis Lazuli, Smokey Quartz or an Amethyst Geode. A simple visualization exercise or simply having them near you as you sleep will make a big impact.

Let’s look at which crystal would best suit you and how you can start using it tonight to get a peaceful sleep.

The rule in any kind of crystal healing or energy work is you should always use a crystal that you have a strong emotional connection with.

If your intuition is guiding you to a specific stone in your collection then allow it to help. Even if it isn’t normally one of the crystals for sleep it will still help bring you pleasant dreams by clearing the negative energy around you. Trust your intuition on this.

If no specific stone is speaking out to you, then I have a couple of suggestions for peaceful nights. 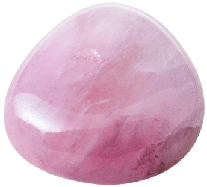 Rose Quartz is often used for meditation and sleep work for its strong calming properties. An easy choice to protect you from nightmares and night terrors this would be my best overall choice. It’s also a popular stone, highly versatile and easy to find.

Rose Quartz is also a protective stone and has been used since ancient times for protection against spiritual attacks and warding off evil spirits. It specializes in absorbing negative energy and diverting it away from you.

Note: If you do use this stone make sure you’re carefully cleansing it each night before you go to sleep with it. 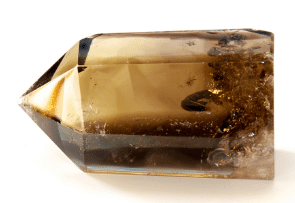 A stone for calmness and serenity, Smokey Quartz is used to disperse fear and negative energies in many different crystal and energy practices.

Smokey Quartz is a type of quartz that has a smoke-like appearance to it. It is believed to help with stress reduction as well as promoting a calm state of mind. It brings a calm state of mind and, for dreams, usually helps bring about deep and entirely dreamless sleep.

It is often used to deal with much bigger issues than a bad dream.

While not something I would put under my pillow (ouch) an Amethyst geode is a solid choice for preventing nightmares and (like the Rose Quartz) likely something you already have in your collection.

A stone used to promote inner peace and spiritual growth, it can help calm the mind relieving depression and anxiety and making nightmares less likely before they even begin.

This crystal has also been used as a protective stone against psychic attacks and negative energy in cases where you think your nightmares might be caused by an external force.

Another popular stone of protection, it is another popular choice to control fears and prevent nightmares. The water element of this crystal helps to cleanse and purify our own internal energies and heightens our vibration to avoid nightmares and bad dreams.

This crystal is often kept in a room to bring calm and stillness and it can do the same for your mind as you dream.

Lapis Lazuli has always been associated with the night, which is why it was named after the napping god, “Lazur”. The gemstone was also used by Egyptians to represent the gods of the moon and sky, which is why it was a popular choice during burial rituals in Ancient Egypt. The ancient Egyptians believed that Lapis Lazuli could ward off evil powers and heal diseases from head to foot.

How to Use Crystals for Nightmares

The simple presence of crystals when you’re sleeping is enough to help but if you want a little bit extra protection from negative energy and nightmares there are a few rituals I can suggest.

This would be my suggestion if you’re frequently getting nightmares.

Take a few moments before you go to sleep at night and place the stone in the palm of your hand.

Place Crystals Under Your Pillow

A common choice is to place the crystal under your pillow just to make sure your pillow is thick enough so the stone won’t disturb your sleep.

For better results, take a moment to cleanse and charge the crystal with your intention to prevent nightmares each night before you go to sleep.

Meditation is a powerful tool to create a buffer between us and stress factors that can cause frequent nightmares. You can incorporate one of the above crystals into your meditation by simply having the crystal in your hand as you follow your usual meditation routine or.

You can also work more actively with the stone:

A recent study found that people who meditated with crystals had significantly lower levels of cortisol than those who did not meditate with them after a stressful task were assigned to complete. Removing stress factors from your life is very likely to reduce your chances of a nightmare.

Keep Crystals Nearby While You Sleep

This is more of a suggestion if you want to generally ward off bad dreams and you’re not actively been plagued by them at the moment.

Keeping one of the above crystals in your room (like on the bedside table for example) can help. This is a passive approach and you won’t need to do anything intentional each night when you go to sleep although this method is probably less effective. If you do still get nightmares I would use one of the rituals above until they stop and then you can keep it on your bedside table.

Bonus: Take Control of Your Dreams

If you’re struggling with frequent nightmares there might be a reason like your subconscious trying to draw your attention towards something you need to confront.

You might want to consider swapping to crystals for lucid dreaming instead and take control of your dreams rather than preventing them.

You’ll get better sleep, get to punch that nightmare in the face and (as a bonus) get to confront the root cause.